[This is a talk Jack Martin prepared for Randi Moore’s course Language Patterns, April 2020. The idea is to listen to the audio recording while scrolling through the text below. If you’d prefer to read, there’s also a script below.]

Na-Dene languages (source): The greatest diversity within the family is in Alaska and Canada. Navajo and Apache belong to this family. 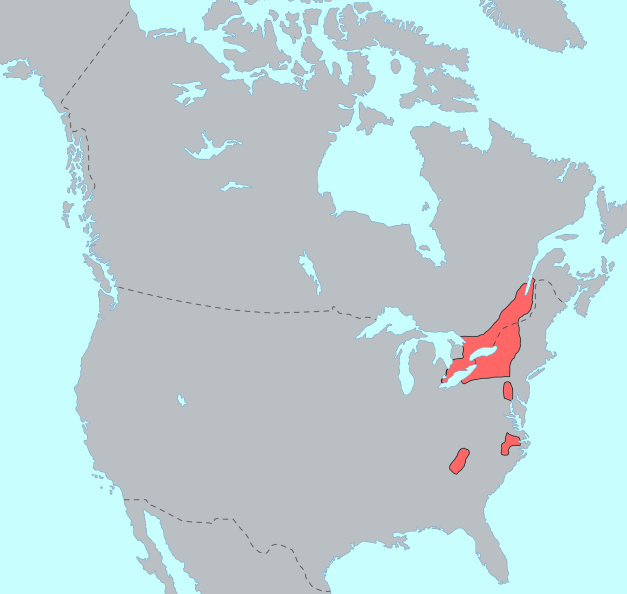 Siouan-Catawban languages (source): Tutelo-Saponi was a Siouan language spoken in western Virginia. Others include Lakota and Osage. 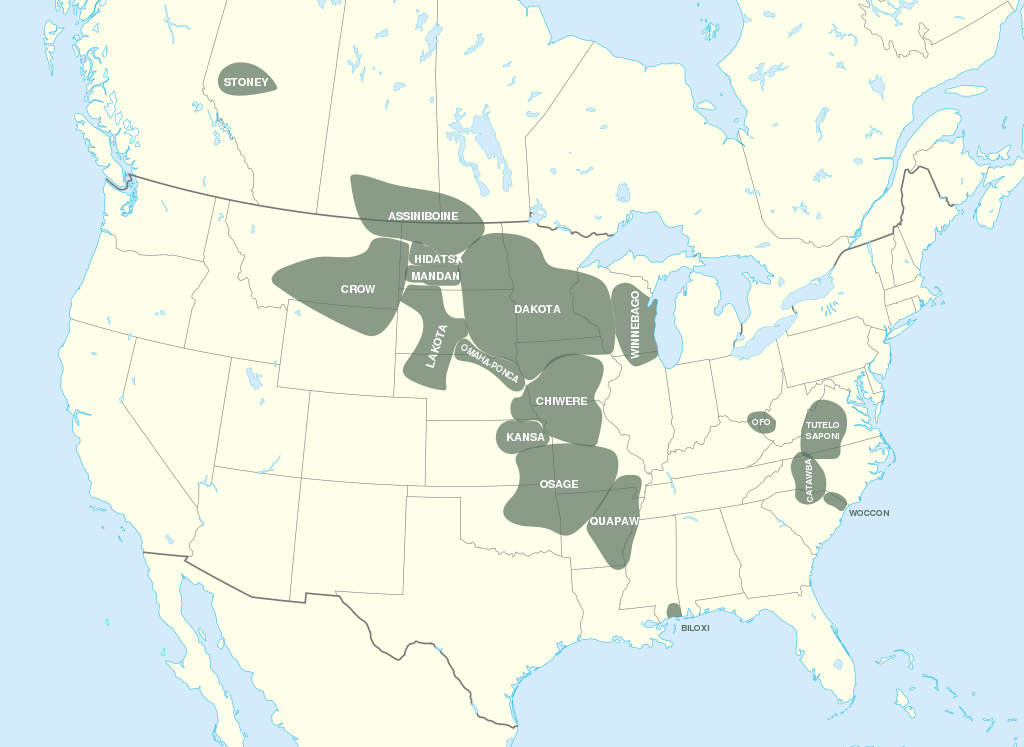 Uto-Aztecan languages (source): Ute (in the north) and Aztec or Nahuatl (in the south) give this family its name. 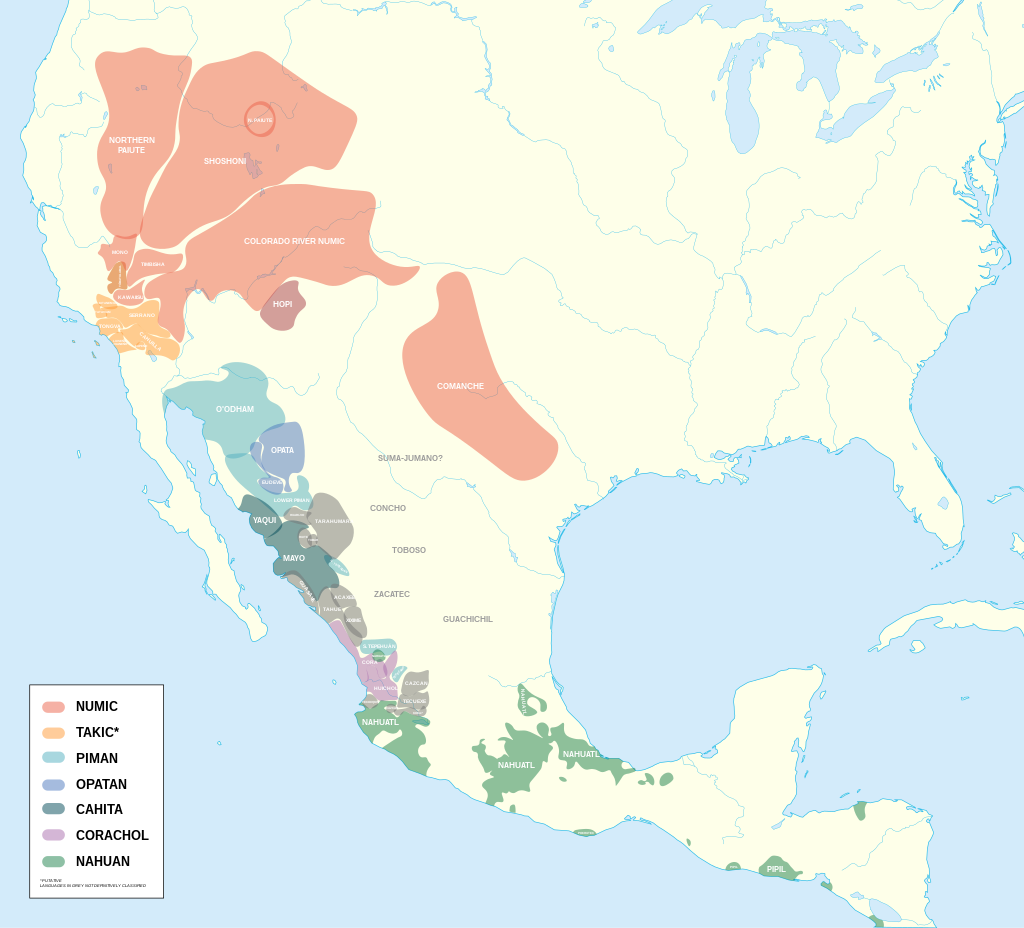 Take-aways: The languages of North America vary in the number of consonants relative to vowels and in word order, but they tend to have rich verbal morphology (often agreeing with arguments of the verb).

Further reading: There are lots of sources online about efforts to revitalize or reclaim indigenous languages:

1. Looking at the first map (on the language groups in North America).

2. English-speaking settlers borrowed words from Algonquian languages in Virginia. Look on the web to see which common words in English you can find from Virginia Algonquian or Powhatan.

3. Read Nichols and Bickel briefly and then consider the following examples to determine whether they would classify Muskogee as head marking, dependent marking, double marking, no marking, or other. (The first line is phonemic, second line is glosses, third is English.)

‘the cat sees me’

‘the dog is chasing the cat’

4. Many North American languages are described as having a high degree of synthesis. The following interlinear text is part of a story in Muskogee (Creek) (source). Your task is to calculate the average ratio of morphemes per word in Muskogee and in English in this sample. (The first line is the Muskogee community spelling. Second line is phonemic, divided into morphemes. Third line is the glosses. Fourth is English.) What ratio did you get for Muskogee? How about English? How do Bickel and Nichols calculate a ratio for synthesis?

The hunter and his dogs

This is about someone who went hunting.

And he had a wife.

And he also had many dogs.

Now the man’s wife was tired of the sick man.

She was annoyed with all the dogs, too,

and would go around beating them.